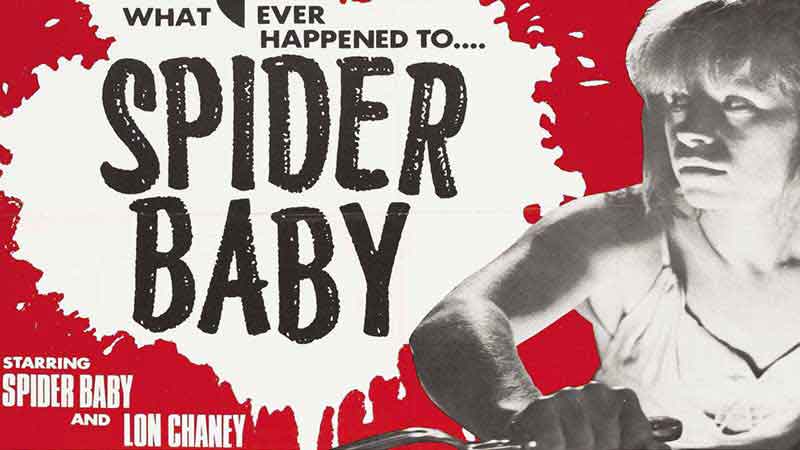 Spider Baby shouldn’t be good. It’s filmed like a early TV series in bland-style clack and white; the script is weird and sometimes makes no sense; the special effects are like you might find in a college thesis project – a bad one; and the best parts of it are overtly predictable.

So why is it a classic?

One of his final roles, Mr. Chaney plays the caretaker to a family that is comically murderous. In another actor’s hands, this role would have little impact, but watching Chaney – even at this latter time in his career – is like a master class of macabre characterization. Smiling but eyes darting with distrust or disbelief; man-with-the-plan calm marinated in what-if anxiety, Chaney commands every scene he inhabits. Beverly Washburn and Jill Banner play two psychotic girls under Chaney’s care. Somehow, the young actresses innately knew how in fuse humor with an almost overwhelming creep-factor with a bit of sexuality to make improbably murderous children into enjoyable characters. Their brother, an animalistic creature, could – again – be invisible like the appearance of two more monsters at the end of the film – but in the hands of the underappreciated actor Sid Haig, we can’t help but follow this dialogue-less character throughout the film. Haig didn’t get the recognition he richly deserved until toward the end of this life, but if you watch this film with a knowing eye you understand the brilliance.

The supporting characters – members of the “family” come to steal the inheritance  (there’s always an inheritance when you have a creepy mansion) are terrible. Overplayed, overdressed, overdone. BUT … taking their over-the-top portrayals as a form of parable, then you are forced to ask “who really are the murders” the savage children and Chaney or the greedy disinterested-till-$$ relatives. One might pen an entire report about how insanity when in the accepted majority is consider accepted and even popular and the ostracized normal can easily be altered by scorn, derision, and general polarization.

Spider Baby bears all the earmarks of a laughable monster film done on the cheap, but when you dig just a bit under the surface you see a deep character study and the forerunner of countless classic genre films especially Texas Chainsaw Massacre. 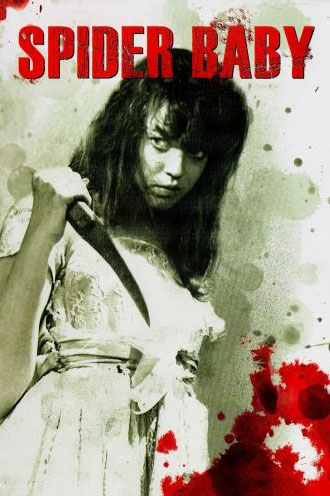